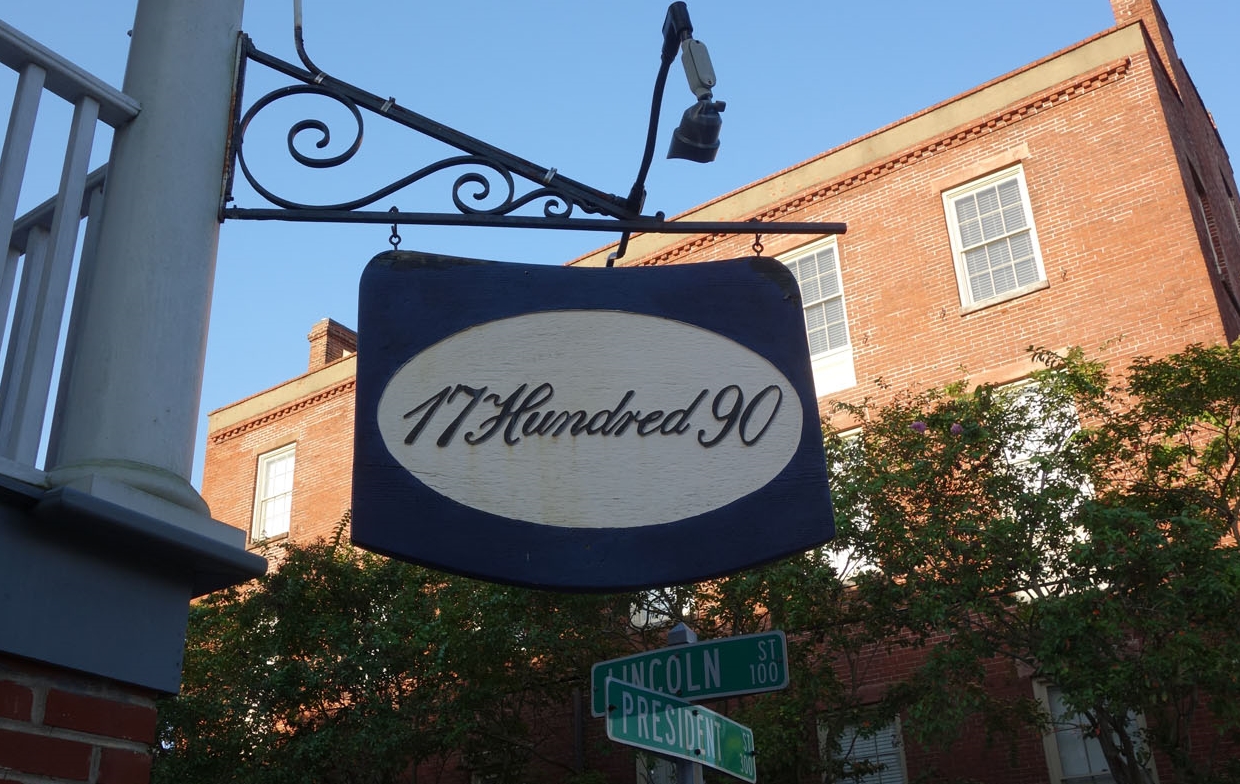 At 306 East President St. sits one of the more unique stops on our ghost tours in Savannah. The 1790 Inn and Tavern, or more officially, the 17 Hundred 90 Inn is one of the oldest hotels in all of Savannah. It was built in 1820 and designed by Steele White, a planter from Virginia, with intentions on opening a boarding house. Tragically though, a riding accident took White’s life before construction was complete.
Shortly After, the building became known as the 17 Hundred 90 Inn. It is not sure why they settled on 1790, but I believe it’s clear why they didn’t call it the 1820 Inn. 1820 was a bad year for Savannah to say the least. A fire broke out destroying much of the city and entire families were lost due to a yellow fever epidemic.

As you may see on one of our ghost tours in Savannah, the bottom floor of the Inn contains a very beautiful, rustic dining area and tavern. It is here in the kitchens where it is said one ghost resides. She seems to be an African American woman tied with Voodoo. She particularity dislikes women with reports of hair yanking, pushing and the sound of the jangling of metal bracelets.

Another Spirit that haunts the basement area is that of a young boy. He has been seen running through the dining area at times. When the workers arrive in the morning, they usually find pennies lined up along the floor. Where they come from is unknown.

Probably the most famous ghost is that of Anna Powell, a young girl who fell from room 204. The stories surrounding her death are numerous.

One tells of a 16 year old girl unhappily married to Steel White. While at the Inn, she fell in love with a German sailor and became pregnant by him. Of course, he was just in it for the entertainment, not love and left her with promises to return with no intentions of coming back. After waiting, she concluded the truth and flung herself out of the window of room 204, falling 40 feet to the bricks below.

Another story says that Anna was a flirtatious servant girl looking for a rich husband. Again, like the first story, she fell in love with a sailor with bad intentions and she flung herself from the window of room 204.

Guest of room 204 claim to have seen apparitions of Anna. Most common are men who awake to the touch of a hand on their cheek, only to find Anna looking down on the with tears in her eyes. She then glides to the window and falls through it.

Most of the stories though, pertain to missing items. Items such as keys, glasses, even undergarments!

Anna’s presence is so heavy in room 204, the Inn requires a waiver be signed stating the the guest not request their money back if they choose not to stay a full night because of the ghost. Do you have what it takes to stay in room 204?

Find out by staying a night or two in the Haunted 17 Hundred 90 Inn and taking one of our ghost tours in Savannah!